Korea celebrates a rich history of martial arts that are now practiced all over the world. Some of those fighting techniques even date back to the 28th century BC. The geographical nature of the Korean Peninsula made it face many foreign invasions. So, Koreans had to develop timeless fighting techniques that are still around to this day.

Korean martial arts strike a balance between simple basics and advanced styles. This is so that defensive moves can be picked up by both military and non-military personnel. The extra layer of complexity rewards those who aim to master these fighting styles.

There are Korean martial arts that focus on hand-to-hand combat, as well as with weapons. We’re going to cover both types below. Like other martial arts, these have evolved to promote self-discipline and personal growth.

Buckle up as we take you in our time capsule to explore the most popular Korean martial arts.

Starting with the most popular Korean martial art, taekwondo. To date, 70 million people in the world study Taekwondo. The name is derived from the Korean words “Tae” and “Kwon,” which mean foot and fist. Add these to the last “Do” syllable, which means the way in Korean. So, you get yourself a literal translation of “the way of the foot and fist.”

The fighting style focuses on kicks, blocks, grapplings, and takedowns. Taekwondo takes liberties in how stylized its kicks are. Head-height kicks are a great emphasis here. You’ll even score more points for head strikes. It is the fast nature of this art that makes Taekwondo great to watch.

So, let’s give you a brief history lesson on how Taekwondo first came to be. It started in 1945, right after Korea shook off the Japanese invasion that came with World War II. Many martial arts schools in Seoul came up with their own fighting styles.

After ten years, the schools (Kwans) came together to develop a unified fighting style. This was led by an army general and martial artist called Choi Hong Hi.

He decided it was time that the Kwan leaders came together to develop a unique Korean martial art. When creating this, the techniques took a lot from Chinese and Japanese martial arts. They even use the dan ranking system.

Today, the popularity of Taekwondo still lives on. It’s also the only Korean martial art that is officially included in the Olympics.

Subak is a general term that describes any Korean hand-to-hand combat fighting technique. Some sources date the martial art to Korea’s Joseon Dynasty. Others believe it started in China, as was inferred from ancient Chinese documents.

Either way, this technique didn’t stay in China and it remains relevant to this day in Korea. There are still thousands of men and women practicing it. Subak involved bare hand combat in the form of punches and strikes. As well as throws and kicks added to the mix.

It comes as no surprise that Koreans take home many of the archery-related Olympic medals. This is because archery has been interwoven in Korean culture for centuries.

The geographical borders of the Korean peninsula made the land a target from all angles. The barbarians from the North, Japanese pirates from the South, and the Chinese from the West.

It was the Korean horn bow that came to the rescue during these countless invasion attempts. At first glance, you’ll notice how the Gakgung (bow) is compact and smaller than other models. But, it exhibits great power underneath the surface.

Such events gave birth to Gungo, a unique form of Korean martial arts. Gungo doesn’t lean on hand-to-hand compact at all.

Instead, fighters learn how to use the reflex bow and land accurate shots from long distances. The technique lived past the war period to become a sport in modern times. It also teaches patience, accuracy, and discipline.

Korean martial arts aren’t just a bunch of self-defense techniques; they’re a way of living. There’s no better sport to prove this concept than Tang Soo Do. The martial art technique dates back to the Tang Dynasty of China, hence the “Tang” part of the name.

It was then adopted by the Korean monk, Wong Kwang. He created a code that was then passed on from one generation to the next. The code includes principles like:

These principles found new followers who mastered the fighting part of Tang Soo Do. It also helped them to stick to the code outside fights to change the way they live for the better.

Like many unarmed Korean martial arts, Tang Soo Do focuses on strikes using your fists, legs, and feet. As well as executing them in fast-paced movements with finesse and flexibility. The techniques take inspiration from Chinese martial arts like Kung-Fu. As well as other Korean fighting styles like Subak.

Wrapping up our list with one final unarmed art, and this time its Taekkyon. Taekkyeon balances between the use of hands and feet to throw your opponent off balance.

Even though it has changed over the years, it remains a whole-body fighting style at its core. Also worth noting is that Taekkyeon’s significance has seen a boost in recent years. This is since Korea categorized it in the “Important Intangible Cultural Properties.”

The Cultural Property Protection law became active in 1962. They allocate resources to protect valuable Korean arts with cultural and historical significance. Taekkyeon is one art that benefits from this. 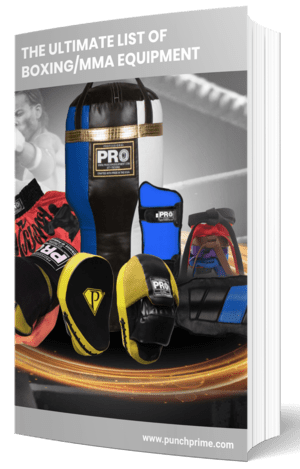 Linkedin-in
Facebook-f
Twitter
We use cookies on our website to give you the most relevant experience by remembering your preferences and repeat visits. By clicking “Accept”, you consent to the use of ALL the cookies.
Do not sell my personal information.
Cookie SettingsAccept
Manage consent

This website uses cookies to improve your experience while you navigate through the website. Out of these, the cookies that are categorized as necessary are stored on your browser as they are essential for the working of basic functionalities of the website. We also use third-party cookies that help us analyze and understand how you use this website. These cookies will be stored in your browser only with your consent. You also have the option to opt-out of these cookies. But opting out of some of these cookies may affect your browsing experience.
Necessary Always Enabled

Performance cookies are used to understand and analyze the key performance indexes of the website which helps in delivering a better user experience for the visitors.

Analytical cookies are used to understand how visitors interact with the website. These cookies help provide information on metrics the number of visitors, bounce rate, traffic source, etc.

Advertisement cookies are used to provide visitors with relevant ads and marketing campaigns. These cookies track visitors across websites and collect information to provide customized ads.

Other uncategorized cookies are those that are being analyzed and have not been classified into a category as yet.